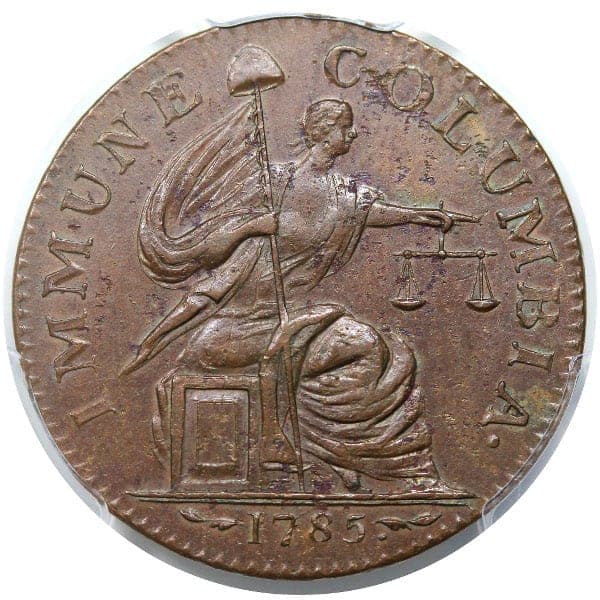 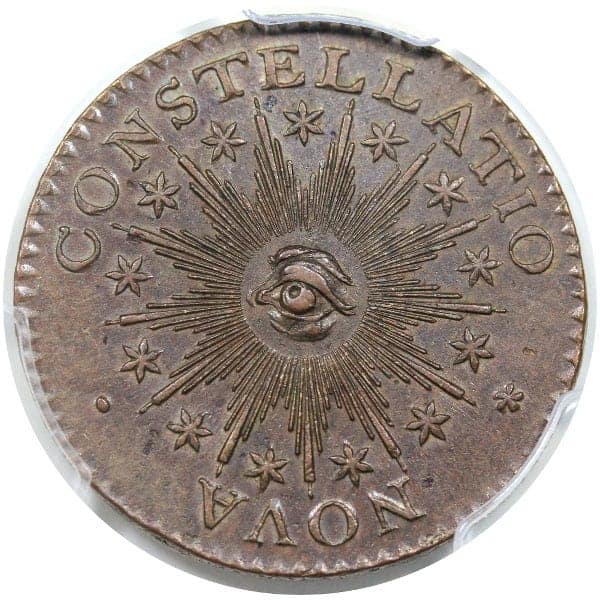 This piece is one of the series of interesting and very rare speculative patterns for US coinage. With its combination of historical significance, great rarity and august provenance, it is also perhaps the very epitome of ‘Museum Quality Coinage’.

The obverse is similar in design to the far more common 1787 Immunis Columbia issue which followed, though with some subtle differences in the seated figure and the prior use of IMMUNE in place of IMMUNIS.

The reverse is similar to the common Nova Constellatio Pointed Rays type designated by Crosby as (in that series) obverse 2, though here with the addition of an extra star in the right border.

The coin itself is the finest of its type and only uncirculated example, with crisp detail, hard chocolate brown surfaces and just a few scattered marks picked up over the intervening 230+ years.