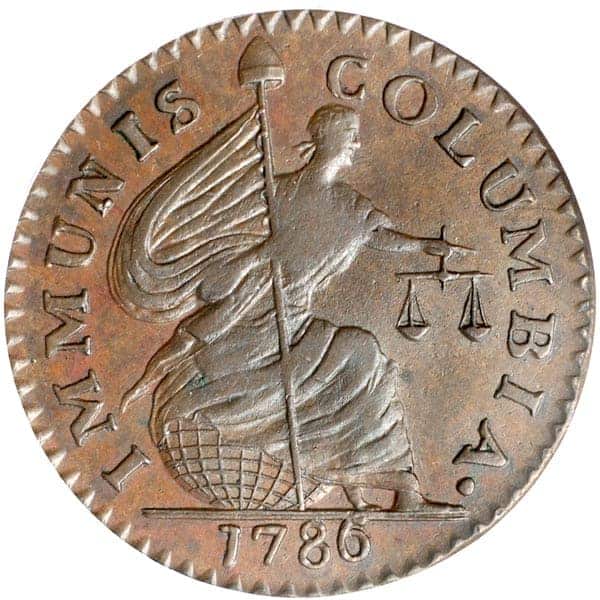 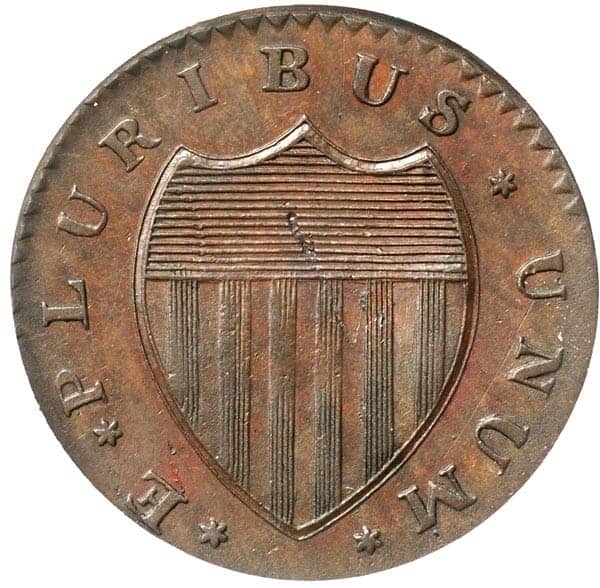 A highlight of this (or any) list and a legendary coin in the American colonial series.

And this is a superb specimen which is the actual coin plated in Crosby’s 1875 ‘Early Coins of America’; it later appeared in the 1914 ANS Exhibition as part of the collection of Carl Wurtzbach and then disappeared from public view for 89 years, finally resurfacing in Stack’s first John Ford Collection sale in October of 2003.

The coin itself is lovely and original, with exceptional detail for this issue. The color is a very pleasing chocolate brown and the fields retain some of their original surface luster.

There is an ancient, shallow abrasion in the central shield, which may have existed prior to striking, and which definitively identifies this piece as the Crosby plate coin. Many of the known specimens have such markings, including the 1883 Maris specimen which exhibits a similar mark through the obverse portrait, the source of which remains a mystery today.

In all, a remarkable coin with among the earliest and most famous provenances in all of colonial numismatics.  One may have other opportunities to purchase an example of Maris 3-C during the course of a collecting lifetime, but this might well be the only chance to purchase the Crosby specimen.