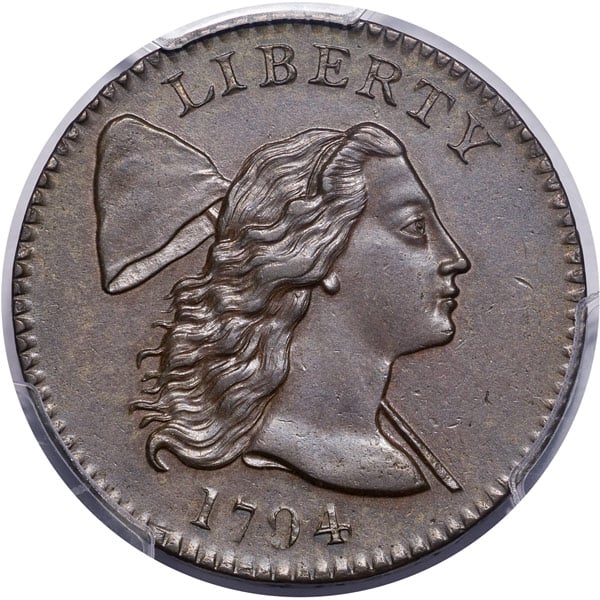 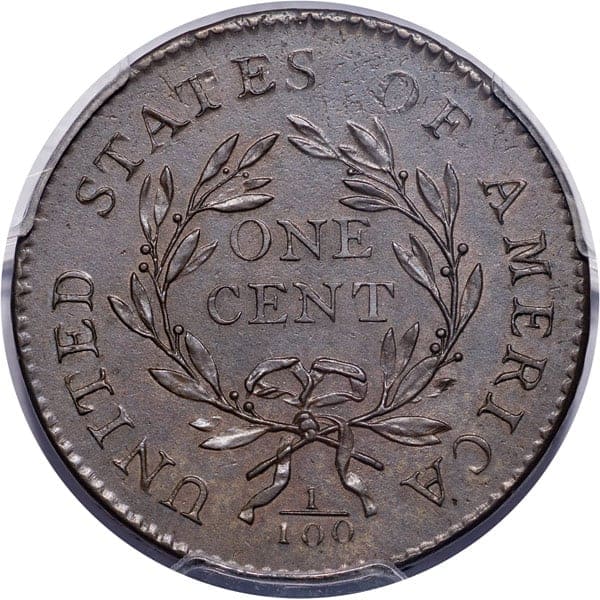 Sheldon-22 variety, considered to be Rarity-1.

A beautiful early cent which would make a magnificent representative of this series in a high end type set.

Original, lustrous chocolate brown with hints of faded red in the devices and just a couple of insignificant marks which may explain why PCGS deemed this piece a 63.

In addition to technical excellence, this specimen boasts an impressive pedigree dating to 1926 and including such numismatic luminaries as C. Douglas Smith, R. E. Naftzger, Jr., Walter Husak and Dan Holmes.

The obverse and reverse of this piece were also used as plate coins in Bill Noyes’ 1991 and 2006 books on large cents, and it is considered to be equal to the finest known of the variety in both versions of the Early American Coppers’ census.

Finally, as a point of interest, this same piece realized $48,875 in the February, 2008 Husak auction, where it was purchased by Dan Holmes.

To which we can only add that this is one of the nicest 1794 cents we’ve seen for this side of a hundred grand.