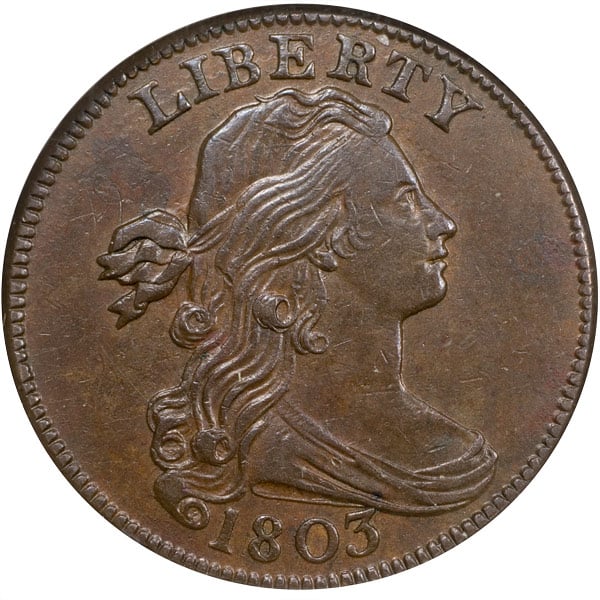 Large Cents dated 1803 are a fascinating study, with six (count ’em – six!) major variants listed in the Redbook, including this one.

And this is a superb example, with lovely choice color, hard surfaces and some nice natural gloss.

Housed in an older NGC slab, this piece appears to have been graded closer to EAC standards than the majority of Draped Bust Large Cents we’ve seen in recent years.

This specimen is also an appealing early die state, lacking the heavy break which later forms between the rim and Miss Liberty’s bust.

There are a few uncirculated examples of S-254 known, and so this piece just misses the extended condition census. Even so, it would be very expensive and difficult to acquire a better example.