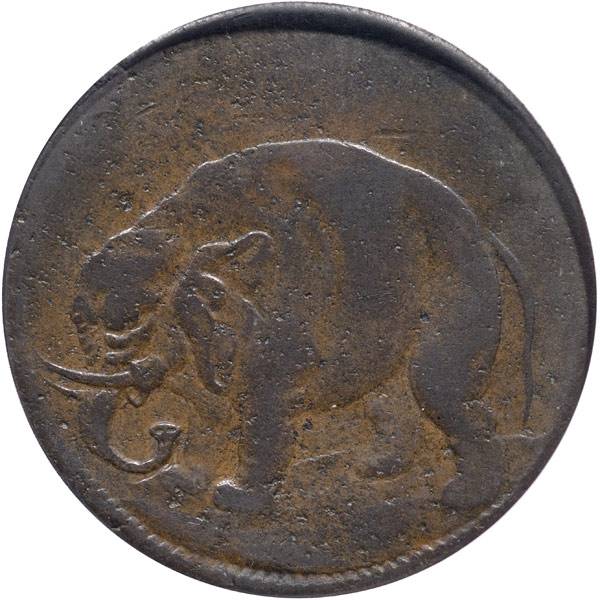 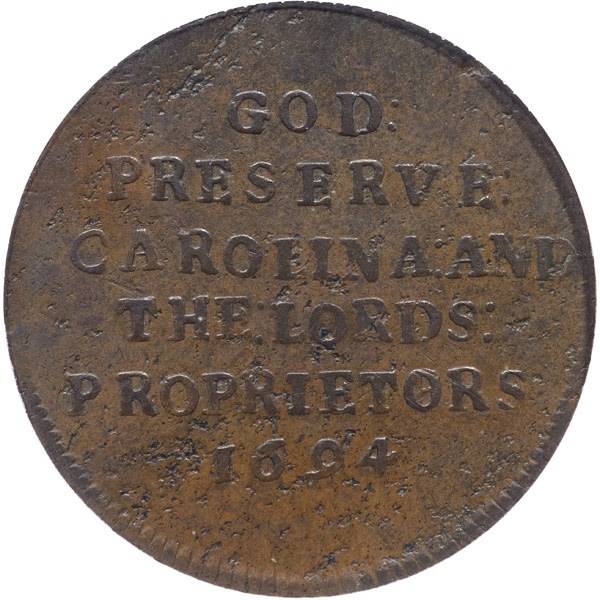 Breen 192, W-12120 variety, with the second O in PROPRIETORS struck over an errant E.  Considered by us to be Rarity-5+ with perhaps 40 known (though with many of those in very low grade, or impaired, or both).

And this is one of the most interesting of all colonial issues, with the ever-popular (though unexplained) Elephant on the obverse, and GOD PRESERVE CAROLINA : AND THE : LORDS PROPRIETORS on the reverse, directly linking this piece to the American colonies.

The coin itself is original, with attractive medium brown color, though there is some surface roughness, mostly on the reverse.  This seems to have been present in the original planchet prior to striking, though, as the all-important lettering is mostly unaffected, complete and relatively bold (which is seldom the case on all but the highest grade survivors of this type).

In the last 5+ years just one piece technically higher grade than this coin has been offered publicly, but that one was curiously double struck, with oddly mottled color and still realized $28,875 at Stack’s in September of 2009.

This one, in comparison, is relatively well made, nicely centered, and wholly representative of this challenging type.