Among the Finest Known 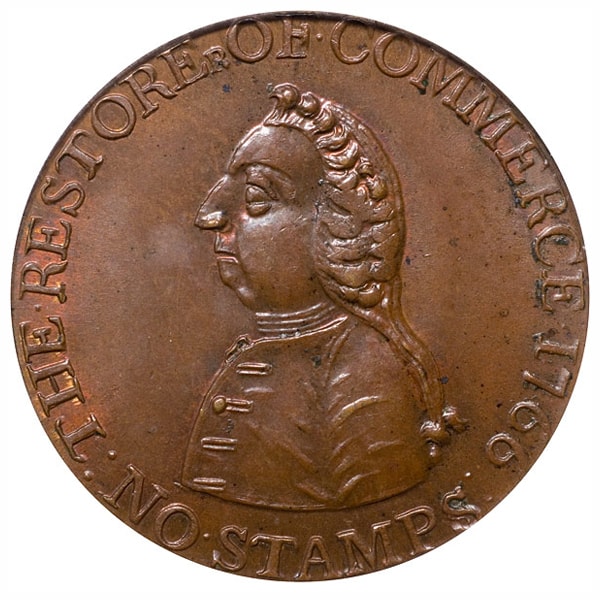 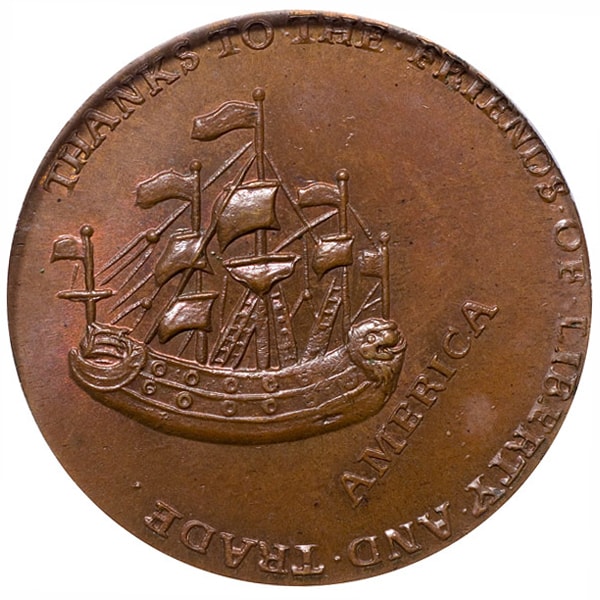 One of our favorite early issues based on its distinctly American subject matter and charming folk-art style design.

THE RESTORErOF COMMERCE 1766 : NO STAMPS

The reverse is cool too, with an unusual ship reminiscent of a Chinese Junk, and an early appearance of AMERICA (a very uncommon thing on a coin of this era), but oddly positioned at an angle again suggestive of an afterthought.

And this is a fantastic example, with lustrous golden brown color, mint red lingering in the devices and it is and has been for 20+ years the single highest graded example at PCGS.